A suggestion to Capcom: Here is how to make a Street Fighter Anime Series. Part 1: The Story arcs 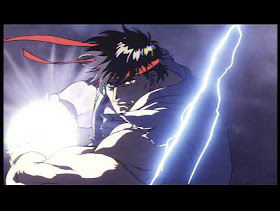 With the successful release of Street Fighter IV last year, the Street Fighter franchise is without a doubt celebrating its second coming. This celebration, however, feels shallow without a new Street Fighter Anime TV series to ride the train of hype and success that SF4 has initiated.

While Shizowa san hinted at several occasion that a Street Fighter Anime series is very possible, we have yet to see or hear an announcement. I am not sure if Capcom is uncertain if it should go for a new anime series or if Capcom cannot find the right ideas to make such series.

Pilot episode: consists of the final match of the first street fighter tournament, Ryu vs Sagat a match that ends with Ryu tapping into the satsui no hado for the first time

Arc1 (10 to 20 epsiodes): Arc one should introduce Ryu, Ken, Gouken and Akuma and gives us a look at who ryu is, how he came in gouken’s custody and the history of Gouken and Akuma without getting too much into the dark hado storyline, the arc should end with the death of gouken. 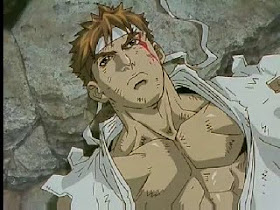 Arc 2: (20 to 30 episodes): Arc 2 should be the adaptation of Street Fighter alpha 2 game. The story can be completely based on Masahiko nakahira’s Street Fighter Zero manga. The second arc should introduce shadaloo and bison and also have Ryu and Ken meet chun-li ans Charlie for the first time. The secnd arc should end with Ryu fighting akuma for the first time with ryu loosing.

1st Movie: Sakura Ganbaru: A fun hour and a half anime adaptation of the great Sakura Ganbaru manga by masahiko nakahira, will be a great first SF series movie in theatres in Japan.

Arc 3: (20 to 30 episodes): Arc 3 should adapt the story of Street Fighter Alpha 3. Now that Sakura is famous due to sakura ganbaru she can be part of the Cast. Guile also gets introduced in this arc. The story should mainly focus on the threat shadaloo is presenting. Arc 3 should end with the death of Charlie Nash and the destruction of the psycho drive.

2nd Theatrical movie: Can be anything really. A Gouken movie, where it shows how the rivalry between the 2 brothers has started. Or a shadaloo backup story could be interesting. A filler Story focusing on Ryu and co can work too.

Arc 4: Street Fighter II (40 episodes) The introduction of most of the sf2 cast sould happen in this arc where Ryu and Ken travel the wrld to perfect their skills so they can avenge their master and also prepare for the second Street Fighter tournament where Akuma promises he will show up, and where sagat promised he will retake his title. The arc ends with the end of the SF2 tournament and bison’s apparent demise. 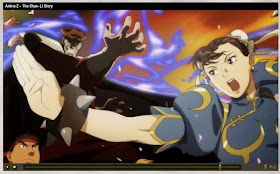 3rd Movie: Story takes place during the sf2 arc. Can be a filler action packed story

Arc 5: Street Fighter IV (30 to 40 episodes): The adaptation of the sf4 and super street fighter iv storyline with the introduction of Seth and SIN. Arc 5 also features the return of Gouken. 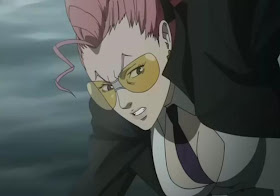 Arc 6: Street Fighter III (20 episodes): Introduces the sf3 cast and the illuminati organization. Alex joins the rest of the heroes as a regular cast. Ends with Ryu going on a training journey with Oro.

Arc 7: Street Fighter III 3rd strike plus iluminati vs Shadaloo war (30 episodes): Ryu thinks he is ready to finally confront Akuma. Alex is ready to defeat gill and Shadaloo is back in business and is trying to take what was theirs before illuminati showed up. Arc 7 should end with the final battle between Ryu and Akuma.

Arc 7 will be the finale of the series. 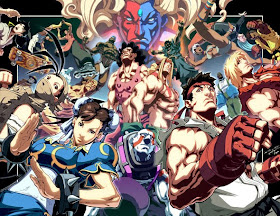 While Option 1 sounds perfect to the Street Fighter fan in me, one must admit it might not be commercially possible as studios often like to test their product before ordering sh1t load of episodes from it. So as some people pointed out in the comments section, a shorter series might be more feasible and more smart to do rather than go for the 100+ eps series (although that will kick ass for us SF fans). because of that, here is my Option 2 for Capcom:

- Introduction: could be either a movie or ova or a 5 episodes deal introducing Ryu, Sagat, Ken, gouken and akuma. The story can focuse on the Street Fighter 1 Tournament or just start with the final match of Ryu vs Sagat and then explain the dark hado and the history of Akuma and Gouken. Gouken should die at the end.

-Series 1: Street Fighter Alpha: 12 - 15 episodes telling the story of the SF alpha days. the mini series should condense the events of SF alpha 2 and alpha 3 in one long story. Shadaloo must be introduced in this arc as well as chun-li, Charlie, Guile and the mostof the alpha 2 and 3 roster. The arc should end with Charlie's death.

- Series 2: Street Fighter II: another 12 to 15 epidoes mini series focusing on Ryu and Ken travelling the world to prepare for the Street Fighter 2 tournament which should start in the last 5 episodes of the arc. The arc ends with Shadaloo's apparent destruction

- Series 4: Street Fighter 3 (not sure if capcom will go for this one really) Can be from a 5 to 12 episodes series or can be first an OVA that if successful can become a series. Story should focus on Ryu training with Oro as well as alex's story. Masahiko nakahira's Ryu final can be adapted for this series.

In between the arcs, movies and ovas can be produced such as the Sakura Ganbaru movie i suggested earlier.

So as you can see, Street Fighter can be a LOOOONG running series that rivals the great anime such as dragon ball z, naruto, bleach and the likes.

A successful running SF anime series will be an unlimited source of money to capcom, since licensing group can make toys, games, books, shoes or even panties (the sky is the limit). An anime series will also introduce the sf franchise to a lot of people who were not very familiar with it and therefore people will buy more SF games. It’s a win win situation where the game helps the anime and the anime helps the game.

What do you guys think? (leave a lot of comments) and which option you think is the best?